JNU's International School celebrated the 20th anniversary of its founding and held the school's opening ceremony for incoming freshmen and the founding conference of its Alumni Association on Shipai Campus on Sept. 25. JNU Vice President Hong An spoke, and other JNU leaders and freshmen attended. In the meantime, a parallel ceremony on Panyu Campus gave teachers, students and global alumni access to a live broadcast online. 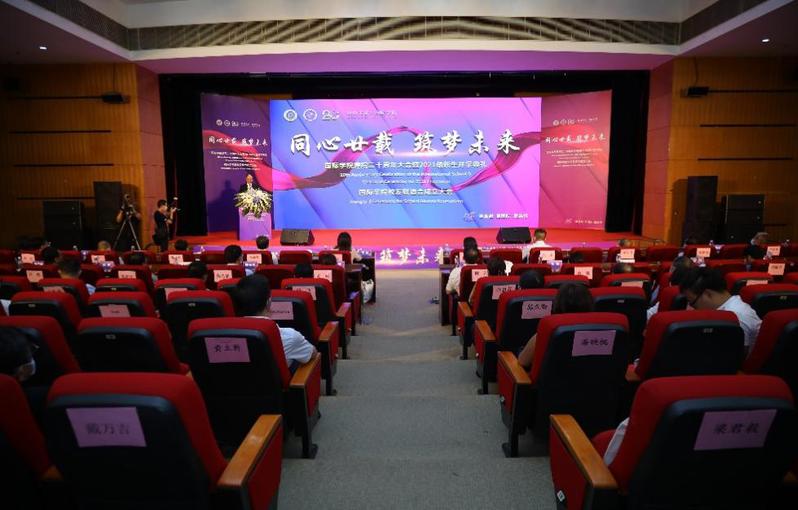 Hong spoke highly of the school's contributions to the advancement of internationalization in education, the assistance of the establishment of Guangdong-Hong Kong-Macao Greater Bay Area, and the support of Belt and Road Initiative over the last 20 years. In addition, he said he hoped freshmen would become excellent talents with global vision.

In the theme report, Yu Pei, dean of the International School, pointed out that the school had trained many high-quality talents with “cross-cultural international vision, cross-disciplinary comprehensive thinking and cross-field practical ability.” The International School has alumni in 90 countries and regions around the world.

Lin Min, founder and CEO of Guangdong Moli Group Co., Ltd., spoke as the alumni representative.Expressing thanks to her alma mater, she encouraged students to unite Chinese at home and abroad and make friends from all over the world. Liu Yufan, the teachers’ representative, and Li Xuying and Tang Ao, the student representatives, expressed their pride as members of the International School and sent their best wishes. 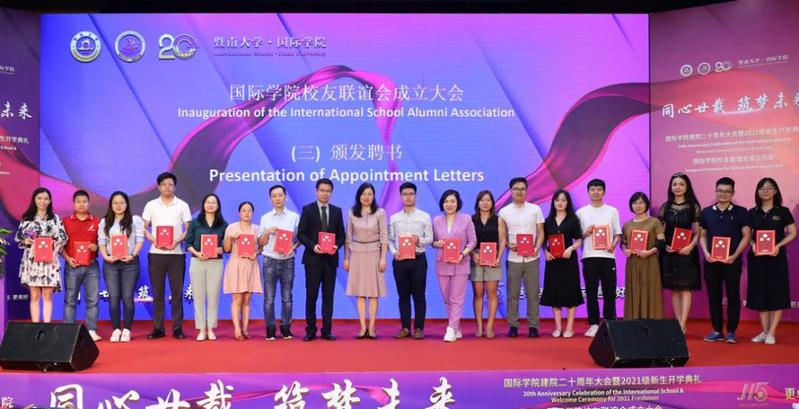 The school's Alumni Association is JNU's 134th alumni organization. Wu Tingzhang, vice president of corporate and institutional banking of the Development Bank of Singapore's Guangzhou branch, delivered his inaugural speech as the first president. Hong presented letters of appointment to its council members.