In December 2019 student from China Studies Master Program were joined by Professor Wu Qing and Chinese-American scholar Dr. Juliet Johnson for the most anticipated event of the academic year, a cultural exploration trip in the Guangdong province. The short trip took place in the cities of Chaozhou and Shantou of the renowned Chaoshan area and proved to be a great success due to the enthusiastic input from Professor Wu and Dr. Johnson, and the keen interest from the students about the Chinese culture. 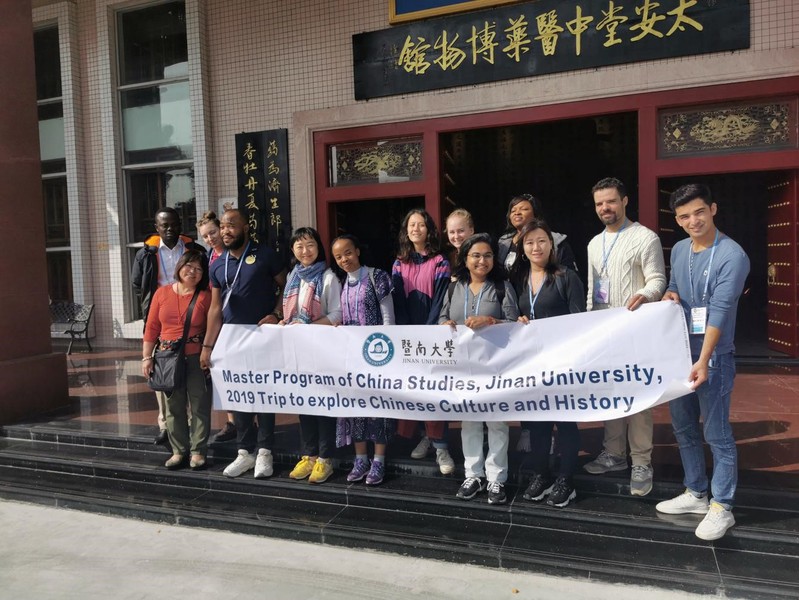 The purpose of the cultural exploration trip was to provide students with practical and theoretical experience of the culture and history of Chaoshan area, where it is the hometown to vast majority of Chinese immigrants in the South East Asia. The trip also provided an opportunity to learn from each others’ culture because China Studies students come from different countries across the Asian, European, African and American continents endowed with diverse ethnicity, religious belief and languages. Before the trip, the students received well rounded briefing about the destination from Dr. Johnson, one particular trait that connected her to the Chaoshan area was the Minnan dialect that she learned 70 years ago in Taiwan, is still the same dialect as it is being spoken today in the area. Her awareness of the importance and challenges in preserving the Chinese culture was striking, expressed in her own words: “looking at my own family background as an overseas Chinese-American citizen now, with my American born children who only speak English and Spanish living in the USA, one could see that for the four generations of my family, we had to adapt to several languages and dialects due to the political events and war fares, this is a perfect example of today’s world development, it also brings the fact that understanding the complexity of the Chinese culture and its people should be regarded as one of the most important subjects during 21st century in bridging with the rest of the world”. Professor Wu who specializes in culture and diaspora studies highlighted another special features of the Chaoshan area: its vast number of immigrants that moved out to South East Asia but always had their best interests in the well-being of their families and friends left behind. It is a blood connection that was never washed away by the ocean, never faded with time. So much evidence of that are still visible today in the ordinary Chaoshan people’s family. Apart from these historical and cultural attractions, some students were especially curious about the Chaoshan gastronomy such as the beef hotpot and the goose feast. Indeed, this trip made it possible for China Studies students to experience the Chinese culture literally in all senses. Post for the photo with the Chao Opera singer