A new internship base Panyu Entry-Exit Inspection and Quarantine Bureau was established on April 20, 2016.

The Dean of International School, Wang Liwei, signed the agreement with Zhong Haiwei, the director of Panyu Entry-Exit Inspection and Quarantine Bureau, on the students’ internship in the Panyu Bureau on the afternoon of April 20. After signing the contract, Mr. Zhong gave a brief introduction to their main duties and his expectations of the students from Jinnan University. He suggested that student internships would be a good start for future further cooperation. Professor Wang expressed great thanks to the Panyu Bureau for providing internship base for our students. He hoped that the cooperation was not only in the field of Food Safety and Quality, but would also occur in the other fields. Professor Tang Shuze, former dean of International School and Director of Food Quality and Safety program, emphasized that internships were very important for the students’ academic study and strict requirements during internships were imperative to the students.

Both sides also discussed upcoming activities and potential cooperation in the near future. 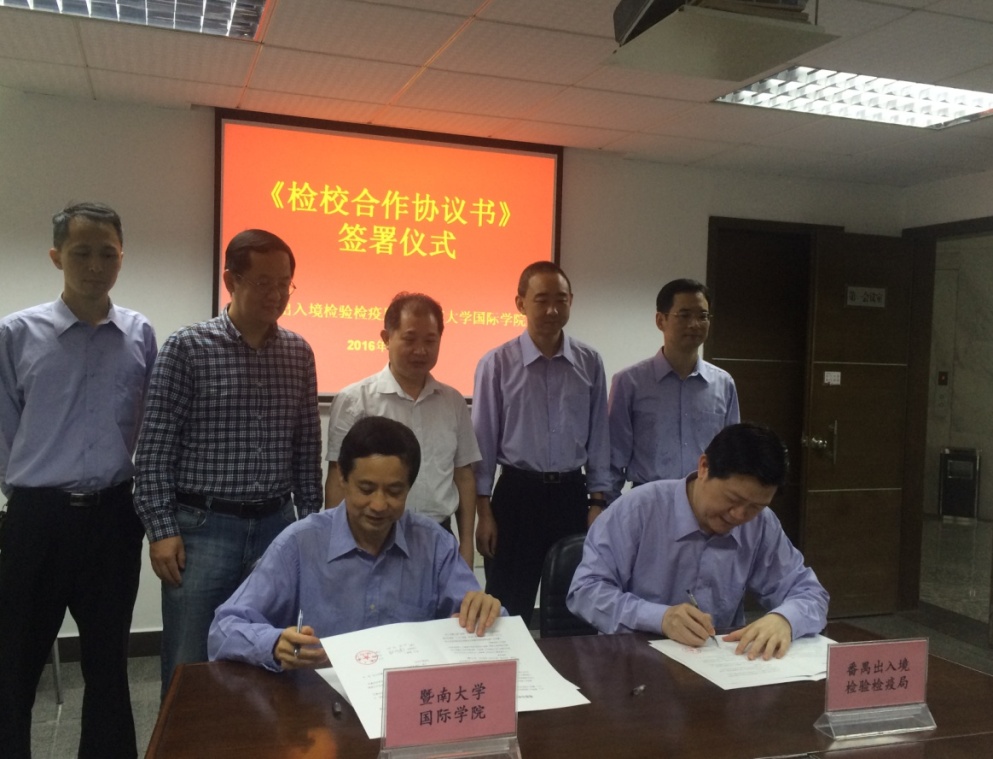