On 30th October 2015, the Ministry of Foreign Affairs of the People’s Republic of China organized a forum dubbed: Ambassadors Forum: China’s Reform and Opening up and China-Africa win-win cooperation. This forum attracted more than 34 Ambassadors drawn from Africa, diplomats, various investors and businessmen, academicians and scholars. This was well organized in the upmarket area of Baiyun District, Guangzhou China. 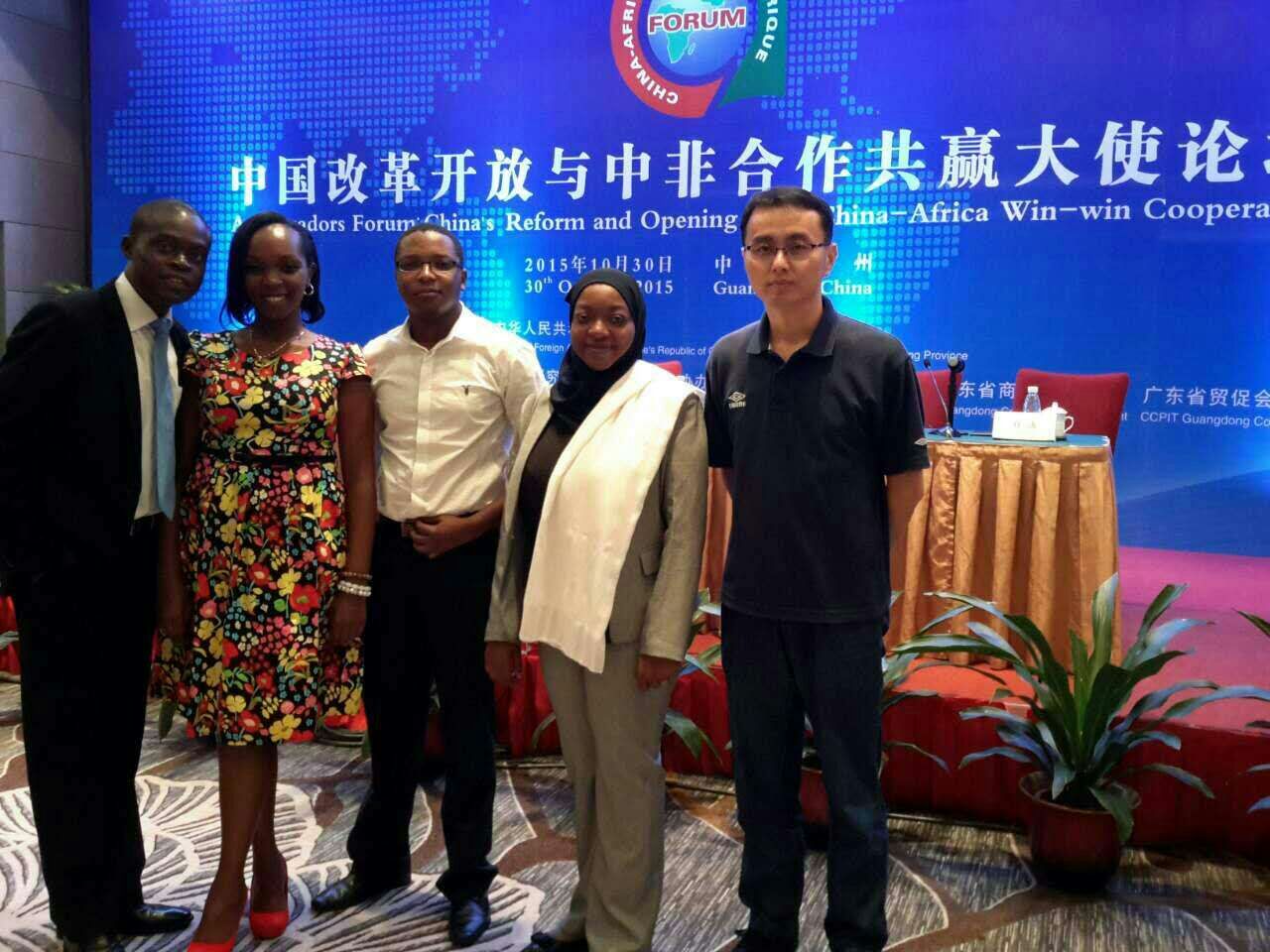 Officially opening the event was Mr.Liu Zhigeng, the Vice Governor of Guangdong Provincial Government who reiterated the need for co-operation between China and Africa. He also emphasized China’s Government commitment into working with African Governments into the realization of the development goals in Africa.
Also present was the Director General of Department of African Affairs, Chinese Foreign Ministry, Mr.Lin Songtian.On his side he emphasized on the need for African countries to work with Chinese Government for enhancement of development.
The Head of African Ambassadors Delegation, H.E Madibo Wagidoso from Uganda, affirmed the commitment of African countries towards China and assured there’s no question arising as to whether Africa should look East or West since it’s only the East particularly China where  Africa as  a continent is looking.
Other speakers in the Forum talked about Industrialization, Peace and Safety, Agricultural Modernization, Infrastructure Development and Environment Protection, Development of Roads, Railways and Regional Airlines Network, Health and Medical Services, Chinese Investment in Africa and the more recently, opportunities brought by the One Belt, One Road Initiative.
As students from Jinan University we had a chance to interact freely with the Diplomats and it was such a great opportunity to learn and understand the magnitude of co-operation between China and Africa. As the Forum came to an end one could not help but admire the commitment of Chinese Government towards Infrastructural development and Technological advancement in every part of the African Continent.